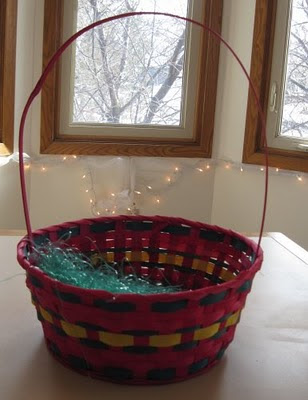 A friend of mine purchased two Easter baskets to decorate for her nieces. One was supposed to be Spongebob Squarepants themed and the other was supposed to be Hanna Montana. Sadly when she received the baskets they were quite garish, stained and broken. I told her I would help her give them new life. This post is the Spongebob basket (not a fan myself, but it's what she asked for). 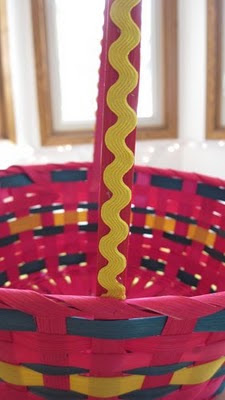 I started by adding a little ric rac to the handle. It helped tone down the florescent pink and helped set the right playful tone for the rest of the make over. 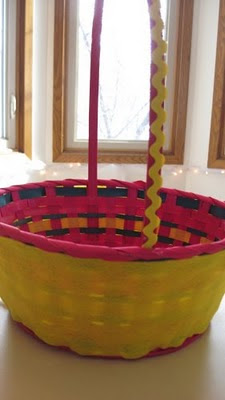 Next I covered the outside and inside of the basket with yellow felt. I left a little bit of the pink rim so the pink handle would tie in. Where the handle was dented in I attatched a ribbon. It helped disguise the broken piece beautifully. 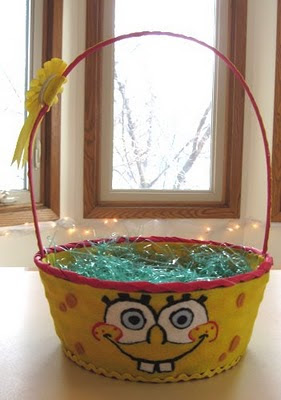 The last step was to make Spongebob's face using felt and fabric paint. I think it turned out pretty good. The best part is that it does not have Spongebob's obnoxious voice! Oh, I mean, I think she will like it. What do you think? When something is broken or turns out not how you expected it to be, there is always room to make it better and have fun!
Posted by Appleshoe at 7:27 PM No comments: 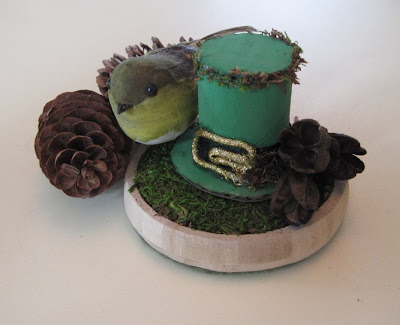 Eeeekkkk I almost missed one of my favorite holidays. Corned beef is on the stove, potatoes are roasting and taste-buds are watering. I love that people are always so happy on Saint Patrick's Day. Everyone is family, and everyone is gathering around a table somewhere. That is why I chose to make a centerpiece today.

Glue the circles on the tube to make the top of your hat and the brim. Next paint your hat. Wait for it to dry and glue on some ribbon to make the band and buckle. There you have it; yet another fast fun craft. To jazz it up a bit more for the first picture I glued moss around the hat in patches and then nestled it onto a bed of moss with some seed pods, pine-cones and a feather bird. Have Fun!
Posted by Appleshoe at 3:23 PM No comments: