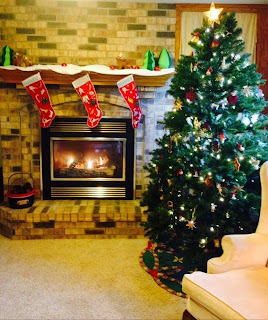 Panda's first Saint Nicholas Day was magical. I finished his stocking (a tradition started by my Great grandmother) and his first ornament on time. 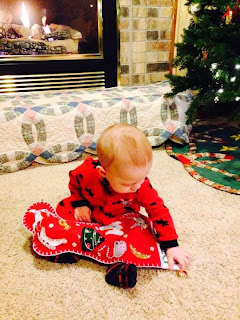 We crept down stairs early in the morning. The tree was already lit. Panda was in awe of the sparkles of the sequins on his stocking. He received a wood rattle made of cherry and walnut wood and an apple and pear; they were later purred up for him to eat. Yummy. (the apple and pear, not the rattle ;) 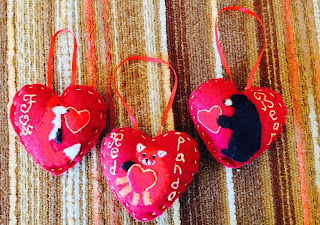 Here is Panda's first ornament. I made it to match ones I made for Bear and I a few years ago. 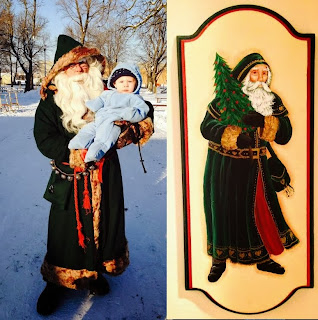 Saturday we visited a local historical homesteading farm that was decked out for a Norwegian Christmas. There Panda met a Saint Nicholas actor. I'm not quite sure what Panda thought about him but I was so excited I nearly burst. I grew up with Saint Nicholas instead of Santa so seeing someone dressed as him was quite a treat. He looked just like the picture we have in our kitchen! 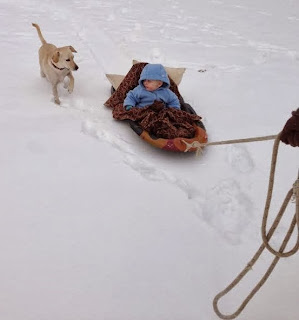 Sunday we decided to take Panda on his first "Sleigh ride". We even picked up some bells to hang from our belts to make a jingly sound for him. He was so excited that he laughed and shrieked till it was time to come in. We took Panda to the lake to see the ice and sun warmed rocks. I let him play with various crystals, rocks, and seashells.There was also a lot of water play. I even gave him a big bowl of snow to play with inside (that was a huge hit).

(this is a close up of our mantel. I love it this year!) It was a wonderful weekend. I hope you had a wonderful weekend as well. Please leave a comment and let me know how your weekend was.I love hearing from you. Be Well.
Posted by Appleshoe at 8:07 AM